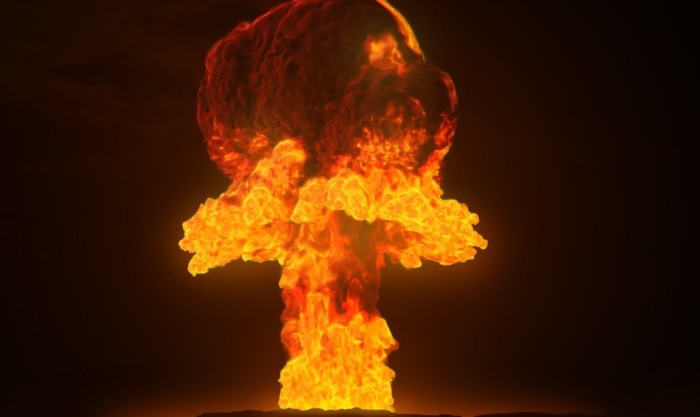 The Science and Security Board of the Bulletin of the Atomic Scientists has warned that the likelihood of a catastrophic nuclear war is closer than since 1953. As explained by the Bulletin, in 1947 it devised the Doomsday Clock «using the imagery of apocalypse (midnight) and the contemporary idiom of nuclear explosion (countdown to zero) to convey threats to humanity and the planet».

Each year «the decision to move (or to leave in place) the minute hand of the Doomsday Clock is made by the Bulletin’s Science and Security Board in consultation with its Board of Sponsors, which includes 15 Nobel laureates». In 1953 the Clock was at two minutes to midnight. In the worst years of the cold war it was at 3 minutes to midnight when, in 1984 it was recorded that «US-Soviet relations reach their iciest point in decades. Dialogue between the two superpowers virtually stops. Every channel of communications has been constricted or shut down; every form of contact has been attenuated or cut off…»

And now, in 2017, it is apparent that channels of communication with Russia are being deliberately cut off — and the hands of the Doomsday Clock have been placed at just two-and-a-half minutes from midnight. Disaster looms.

And as it looms, the United States Senate is heightening its global confrontational approach and announced that it intends to penalise Russia for a number of supposed misdemeanours.

Senator Lindsey Graham told CBS News that the Senate will «punish Russia for interfering in our elections» — concerning which allegation there has not been one shred of proof provided by anyone. All-embracing inquiries are under way, of course, but be assured that if there were the slightest, tiniest, most microscopic morsel of actual proof of any interference, it would by now have been leaked to the media and made headline news.

Senator Graham excelled himself by telling President Trump, via CBS News, that «You’re the commander in chief. You need to stand up to Russia. We’re never going to reset our relationship with Russia until we punish them for trying to destroy democracy. And that starts with more sanctions».

Then the CBS interviewer brought up the subject of the many inquiries into allegations of Trump-Russia plotting and mentioned that a Democrat had said the investigations were a «fishing expedition… What’s your response to that?»

The Senator replied «That’s not your, none of your business. We’re going to do what we think is best. The Russians interfered in our election. They’re doing it all over the world. No evidence yet that the Trump campaign colluded with the Russians. I don’t believe the president colluded with the Russians, just because of the way he behaves. There’s zero evidence that President Trump did anything wrong with the Russians. There’s overwhelming evidence that Russia is trying to destroy democracy here and abroad. And if you forgive and forget with Putin, you’re going to get more of the same and you’re going to entice Iran and China to come in 2018 and 2020».

The US Senate believes there is «zero evidence» that President Trump had help from Russia in his election campaign — which is true — but also thinks there is «overwhelming evidence» that Russia is trying to influence voting in America, although there is not a shred of proof to that effect.

The Senator spoke with the authority, force and majesty of the US Senate, and the world has to accept that his pronouncements represent the wishes of the legislators of his mighty nation which is intent on imposing harsher sanctions on Russia. As observed by Forbes, the new Bill «punishes Russian oil and gas firms even more than the current sanctions regime… Russia has no friends on Capitol Hill».

It is intriguing that the sanctions focus on oil and gas production, and Bloomberg reported that Germany and Austria consider «the measures sought to bolster US economic interests and included an unacceptable intervention in the region’s energy sector». In an unprecedented expression — indeed, explosion — of disapproval, Germany’s Foreign Minister Sigmar Gabriel and Austria’s Chancellor Christian Kern said in a joint statement that «Europe’s energy supply is a matter for Europe, not the United States of America… instruments for political sanctions should not be tied to economic interests» and that the Senate’s amendment heralded a »new and very negative quality in European-American relations».

As London’s Financial Times reported, «the Russia sanctions outline opposition to Nord Stream 2, a pipeline that will double capacity for Gazprom… to supply gas to Europe under the Baltic Sea. The measures could affect European energy companies, including Shell, Engie and OMV, which are financing the pipeline. Shares in all four companies tumbled on Thursday».

Washington’s mission of lucrative destruction was partly achieved, but that’s where we come to the essence of the matter. The part of the Sanctions Bill involving Russia was an add-on to a series of vindictive measures against Iran, but it seemed a good idea to also sanction Russia’s oil and gas production, because nobody would benefit more than the oil and gas companies of the United States.

Bloomberg explained that the Nord Stream pipeline «would compete with US exports of liquefied natural gas to Europe». And the Senate made it plain that the US government «should prioritize the export of United States energy resources in order to create American jobs, help United States allies and partners, and strengthen United States foreign policy».

It’s difficult to see how the Senate’s arrogant dabbling might «help allies and partners,» but those in America who own energy resources and want to continue making vast profits continue to help their allies and partners in the Senate and the House. Without their financial support, many legislators would never have got to Washington.

As recorded by Open Secrets, companies closely associated with oil and gas production gave US politicians over fifty million dollars in 2015-2016 to help their democratic election:

Source: By kind permission of the Center for Responsive Politics

And Senator Lindsay Graham was given a bundle by many commercial organisations, headed by Nelson, Mullins, whose $254,247 in 1993-2016 no doubt helped him along the way. Nelson Mullins, incidentally, has attorneys who «have experience in advising electrical and pipeline providers on legal matters». Then he got $175,605 from SCANA, which is «a $9 billion energy-based holding company, based in Cayce, South Carolina… Its businesses include… natural gas utility operations and other energy-related businesses». Another of Senator Graham’s generous sponsors is the Fluor Corporation ($94,801) which «understands the critical success factors driving onshore oil and gas production and terminal businesses, providing practical solutions to maximize project investment».

It doesn’t matter to these people, or to the legislators they’ve bought with their donations, that the Doomsday Clock has ticked closer to the midnight of Armageddon, and that the hostile approach of the United States is alienating a proud nation that can take only so much before it reacts against Washington’s aggressive confrontation. The sleazy hypocrisy of US legislators is legendary, but it is their ignorance greed and arrogance that are worrying.

While Senator Graham was dancing to the tune of his oil angels, the Washington Post reported that seven percent of American adults believe chocolate milk comes from brown cows. That is «16.4 million misinformed, milk-drinking people». The representative of FoodCorps which encourages sensible nourishment said this was unfortunate, and «We still get kids who are surprised that a French fry comes from a potato, or that a pickle is a cucumber. Knowledge is power. Without it, we can’t make informed decisions».