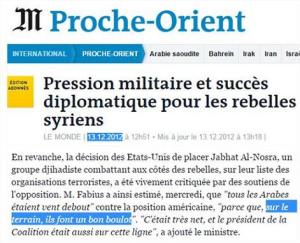 French shock at the murder of an elderly priest by two knife-wielding Islamist terrorists is understandable. The 85-year-old cleric, Father Jacques Hamel, was forced to his knees before the tiny mass-going congregation in a Normandy parish church, when his throat was slit. The killers then proceeded to film themselves proclaiming a macabre Arabic ritual on the church’s altar.

Expressing the nation’s horror, Father Philippe Maheut, the vicar general for the Rouen district in northern France where the murder took place earlier this week, reportedly said: «We ask ourselves: how have we arrived at this point?»

The shock of the barbaric slaying is all the more compounded coming less than two weeks after a Tunisian-born man smashed a 19-ton lorry into crowds of pedestrians watching a Bastille Day fireworks display in the Riviera resort city of Nice. French authorities say that attack – in which 84 people were killed – was also motivated by Islamist terrorism.

Since January 2015, France has incurred over 10 terror attacks, which have taken the lives of more than 250 people. The country has been in a state of emergency for nine months and will continue to be so until at least the end of this year. Perhaps even beyond that. Yet there seems to be no respite from the violence.

What is even more galling for citizens is that in the latest attack near Rouen, one of the two assailants who were subsequently shot dead by police officers, was known to the French authorities for having terror links. Adel Kermiche (19), a French-Arab, was tagged electronically and under surveillance as part of a sentence from a French court for attempting to go to Syria on two occasions during 2015 to join Islamist militias fighting there.

The disclosure adds to the growing popular discontent with the government of President Francois Hollande. It follows claims made by local French police in Nice that they were not given adequate national security support at the time of the lorry massacre.

Hollande’s Socialist government is being assailed on the political right for being «too soft» on security.

Nicolas Sarkozy, the leader of the Republicans, is calling for a «merciless» response in the aftermath of the priest’s slaying this week.

Sarkozy, who is expected to make a second bid for the presidency in elections next year, appears to be trying to sideline the rightwing, anti-immigrant National Front of Marine Le Pen.

Emergency measures being demanded by Sarkozy include detention without trial for anyone suspected of Islamist terror links, greater surveillance powers for police, and the deportation of French citizens to their country of heritage if convicted of terror offenses. That is a slippery slope towards mass internment of entire ethnic-religious populations, akin to a martial law state.

With Hollande’s government under increasing electoral pressure from both the Republicans and the National Front, and given its woeful performance so far on security issues, it seems inevitable that France will intensify its already draconian emergency powers.

French military operations overseas can also be expected to escalate. Both Hollande and his Prime Minister Manuel Valls have declared war on Islamic State (IS or Daesh) and have vowed that «the war will be long».

Only days after the Nice atrocity on 14 July, French warplanes carried out several air strikes near the IS stronghold of Manbij in northern Syria. However, Syrian government sources claimed that the strikes resulted in over 100 civilians being killed. Damascus sent a letter to the UN Security Council condemning French violation of humanitarian law, as well as its sovereignty in carrying out the air raids.

What we have then is a death-terror-spiral. Under prevailing circumstances this spiral will drill deeper and deeper into horrific oblivion.

Let’s go back to the question posed by the vicar general of Rouen following the priest’s murder: how did we arrive at this point?

It cannot be understated that much of the so-called jihadist violence that has erupted across Europe, from France to Belgium to Germany, is a form of blowback from illegal wars that European states have waged in Central Asia, the Middle East and North Africa. These wars have been conducted overtly along with the United States, under the auspices of NATO, in Afghanistan, Iraq, Libya, Somalia and Mali. The legality of these «interventions» is highly questionable, if not criminal on the face of it.

It was under the French presidency of Nicolas Sarkozy in March 2011 that NATO bombed Libya into a failed state, overthrowing the government of Muammar Gaddafi, and unleashing Islamist terrorism across the Maghreb, Sahara and Middle East regions.

Under Hollande’s presidency from 2012, France has been a key sponsor of the covert war in Syria over the past five years to topple the elected government of President Bashar al-Assad. Along with the United States, Britain, Saudi Arabia, Qatar and Turkey, France is responsible for one of the great crimes in modern history – the wanton destruction of Syria, with a death toll of 400,000 people and the displacement of millions refugees, all stemming from the covert support of terrorist militia for regime change.

As Syria’s ambassador to the UN, Bashar al-Jaafari, admonished the Security Council this past week with sarcasm: «Why are attacks in Europe condemned as terrorist acts, but when they are carried out in Syria, Western governments refer to them as the actions of ‘moderate rebels’?»

The slitting of a priest’s throat in a Normandy church by self-proclaimed Islamist terrorists is indeed shocking. But how much more shocking is the beheading of thousands of Christians and Muslims by the same terror groups in Syria?

Syrian Christian patriarchs have for years been warning about the extermination of Christians in towns and villages that have fallen under siege from Islamic State and other al-Qaeda-linked terror groups. Patriarch Ignatius Aphrem II told of just one horrific incident among many when 21 Christians were slaughtered inside a church in the town of Al Qaryatain. The reign of terror only came to an end in April this year when the Syrian Arab Army and Russian air force recaptured the town from the jihadists.

The jihadist networks – mercenaries from as many as 100 countries – nearly toppled the Syrian state until Russia’s President Vladimir Putin ordered military intervention last October. Toppling the state was the objective of the French government and its allies. And the proxies were directed, financed and weaponized by the foreign powers. France, the US, Britain and others are guilty of huge war crimes. The political leaders of these countries need to be prosecuted. Because without accountability under the law then there is no law. We have succumbed to the jungle.

Francois Hollande is on record publicly admitting that French weapons were being supplied to Syrian «rebels» as early as 2012, in contravention of a European Union embargo on Syria.

Western media reports have also occasionally and coyly acknowledged that foreign weapons have ended up in the hands of officially proscribed terror networks. The notion of a distinction between moderates and extremists is a cynical charade to absolve Western governments from the legitimate charge that they are aiding and abetting terrorists.

The videoed decapitation of a 10-year-old Palestinian boy near the northern Syrian city of Aleppo last week by US-backed «rebels» from the Nour al-Din al-Zenki brigade is proof of that charade. The US State Department admitted its link to the group, saying that the gruesome slaying of the boy would give it «pause» to continue its support for the brigade.

There seems no way out of France’s death spiral with terrorism. Not just France, but the whole of Europe.

A spate of terror-linked attacks in Germany – three in the last week – is stoking fear and resentment among ordinary Germans towards asylum seekers who have fled violence in Arab and Muslim countries.

The atrocity at the French church near Rouen is seen as a profanity against France’s Christian heritage. There are reports of fears that far-right French nationalist groups will seek revenge through attacks on Arab and Muslim communities. The mentality of fear, suspicion, retribution and xenophobia is in turn being reinforced by increasing emergency state powers and incendiary political rhetoric.

There is, it seems, an abysmal, apocalyptic vista of never-ending violence. Understandably, European citizens seem to be at a loss as to how to break out of the cycle of violence.

The truth is that France’s terror spiral, and that of wider Europe too, will only come to an end when states like France stop conducting themselves like rogue powers, trashing international law and violating other countries’ sovereignty with their support of terrorist proxies for illicit schemes of regime change.

France is in mourning – once again. The country needs to wake up to the reality of its own international lawlessness. And break the cycle of terrorism that its governments have in a big way instigated in the first place, along with their European and American NATO allies.

Speaking after the slaughter of the priest near Rouen, President Hollande looked into the TV cameras and solemnly said: «I owe you the truth. This war will be long. It is our democracy that is being targeted. We must unite».

Hold it right there. This is the kind of lying deceit that Western governments have to be called out on. The first thing that people should unite for is the prosecution of war criminals and the systematic violation of international law that has largely induced the phenomenon of endless terror in our midst.